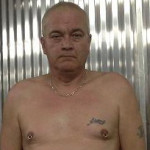 Transformed to a sissy cuck by my wife and made to a faggot cocksucker.

i have not put my little dick in my wife since the wedding night 20 years ago.

lick her to orgasm, the day after she show me a contract there she took all control

she started to date guys with normal or big cocks, have me tied to a stol in the bedroom naked

exposing my little clit, she and her men have very fun of me.

then after a time she bought a chastity belt for me and i did not have to be tied then she had company, sometimes i had to suck the men hard and then guiding their cocks into her hole.

afterwards i had to clean her hole with my mouth and aslo clean the mens cock.

she started to send me away over the wekends to a dominant gay couple she knew, there I got to be from Friday night to Sunday night and teach me how to serve them, they taught me to suck cock, lick ass, they fisted me, whipped me the only food I got on those weekends was semen and piss. sometimes they took me to a bdsm club called SLM (Scandinavian Leather Men) where I became firmly bound in a loop and all members could use me as they please, and they did, my holes were very sore for several days after a such a meeting. it was well during the time I realized that I like to serve men more than women, but I still live with my wife,  i asked my wife for money to pay here so i could delete the pictures but she just say, it is no meaning to hide you are a faggot, you have to live with that and she gave me no money. she love to know my picture is safe here and can not be removed, because she never give me money for that