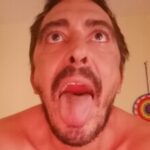 @blkcock4u thanks for the points!!! View

Depends on my mood

I’m a fag, a bitch, a cumdump, a whore. what more can I say? I am masculine not sissy but I need to kneel before a cock smell it put it in the mouth, fondle it, jerk it off … that they use me as a sexual object, the ass like a pussy for straight men and alpha men who want a hole to satisfy the itch of his balls. I need punishment and training to be a better fag, better whore, better cumdump, better bitch. I am a lover of ass spanking, I need it, and fist fuck to ruin my hole and that when I bend over naked in the changing rooms and the showers or in the nude places everyone can see it and say hey that boy is a fag!
you can approach me call me by my name (fagot) and I will obey. If you want to fuck me very rough until I cry and ask you to stop, you should not pay attention, keep fucking me until you get your pleasure. You can breed me if you want, you can share whit your fucker friends or film me to upload on the porn pages.

When I was a child I already liked cocks. My first man was my best friend from school, we were minors, during the first year I was his particular cocksucker. I loved sucking his cock and swallowing his cum. When I was one more year old I asked my best friend to fuck my ass, he needed it. He accepted, it was his time to put his cock in a hole and start practicing for when he fucked girls, but it was also his first time and he pushed me very hard, without spit, at once, and he touched his cock very deeply, on my stomach . I held my breath and wanted to scream and kept putting my butt on for his pleasure at the same time. I had a bad time, but good at the same time. Because I was finally disappointed, I couldn’t deny it, I was a shitty faggot who needed to be treated like that and who did what he did, please other men, because it was my nature and also because deep down I enjoyed it that way. My friend discovered that he was an aggressive bastard and I was a whore. From that moment my asshole was also his particular pussy. That’s how I started and that’s how I continue to be. Since then many have broken my ass or abused my throat to make me poke, or have urinated on my face or inside my guts, I have licked the semen from public urinals and I have gotten sick from doing those dirty things, but I can’t help it I eat the cum that comes out of my ass as if it were the most exquisite sweet. what I adore in this life is the cum, the cocks, the balls and the men that take them well, I need to serve that type of men.

I’ll tell you a story. one among many.
The first time I was raped I was 21 years old. I started dating a man who was twice my age. He was my first boyfriend. Everything was fine for the first few months until we started having sadomasochistic sex because conventional sex is boring. At first it was smooth, but over time it got harder. so much that I wanted to quit. but he didn’t let me. The day I decided to break up with him … he decided I deserved a lesson. He took my hands, made me kneel, sucked his cock and when he got tired he made me put my ass on top. At the beginning of our relationship we used a condom because he was HIV positive, but this time it was the first time he put it on without a condom, all of a sudden, putting it on and taking it off with great force, causing me pain and fear. he of course he came inside of me and after doing so, as usual, he took a wide belt and spanked my buttocks as hard as he could and then released me. At night I felt very confused, I was in emotional shock but my cock was hard, I masturbated remembering the whole scene and I had one of the most intense orgasms of my life. The next day (and for three more months) I went to see him submissive. and he again fucked me aggressively, bareback, and with a final painful punishment. In the end I was able to get rid of him forever, or so I thought. Many years later we met again and I couldn’t help but fall to my knees in front of him and let myself be raped again. What I learned from that relationship was that I needed, wanted, strong and humiliating experiences, emotionally I could feel disgusted but sexually it was what, deep down, I wanted. Since then I have been looking for experiences that recreate the entire fantasy of a rape but with some limits, with some safe words previously agreed, and thus I learned to enjoy my body and my mind. sex is in the brain, not on the cock